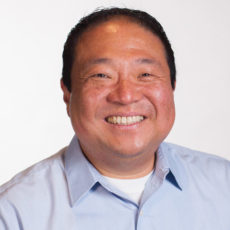 Lee Hsia was born in Shanghai, China, and immigrated to Houston, Texas, at the age of seven. Lee graduated from Rice University with a B.A. in Management. At Rice he fostered university-wide community outreach and unprecedented civic partnerships as President of the Rice Program Council and received the highly coveted Dean Hugh Scott Cameron Award for Distinguished Service. Lee has served as Homecoming Chairman and Vice President of the Alumni Board of Directors. Currently he is still actively involved in his alma mater serving on the Admissions Advisory Board.

Lee began his career in management consulting with Computer Sciences Corporation. He served in various roles, being promoted every year from Associate Consultant to Regional Recruiting Manager of the Southwest United States. During the Internet boom, he transitioned to the executive recruiting business serving as Global Director of Sales and Chief Operations Officer (COO) for Cool Jobs, Inc. During his almost 10 years in business, Lee was featured in various media including ABC News, Money, Houston Chronicle, and The Wall Street Journal.

After climbing the fast-track corporate ladder, Lee answered God’s call to full-time Christian ministry and joined Evangelism Explosion International (EE), an equipping ministry with active operations in every nation of the world. As an ordained minister and missionary working with EE for five years, Lee consulted, trained, and mobilized pastors, church leaders, and entire congregations to share the love and forgiveness of Jesus Christ.

In 2008, Lee joined the staff of Houston’s First Baptist Church as Minister of New Initiatives, a role created for him, leading change in the church to engage the postmodern culture. Lee implemented change in the areas of postmodern evangelism equipping, diversity outreach, new technologies, and ministry expansion. As a part of this expansion, the church launched a second location in the center of Downtown Houston, where Lee currently leads the diverse congregation as its pastor.

In addition to his involvement at Rice, Lee is extremely active in the community. He serves at the Faith Center, Union Baptist Association, Galleria Chamber of Commerce, Houston Hispanic Chamber of Commerce, Asian Chamber of Commerce, Greater Heights Chamber of Commerce, and Houston Theatre District. He founded the Hsia Family Memorial Foundation in honor of his parents which awards financial grants to advance the arts, education, community service, and Christian missions. Lee speaks to a wide range of audiences on various topics including interviewing skills, career planning, social etiquette, and Christian living at corporations, churches, and universities throughout the world. In his leisure, Lee enjoys running, swimming, traveling, and the performing arts.

God has provided just the right person to lead the Downtown campus — Lee Hsia. Lee has served as the Minister of New Initiatives and Evangelism at Houston's First for several years. Well, the Downtown campus is certainly a new initiative and reaching out to our city is why we're starting it. Perfect fit, right? Let's see what he has to say about the new location, his role and what he's looking forward to:

What is the vision for the Downtown Campus?

The Downtown campus is to be a relevant biblical community in the urban context. My prayer is that God would work through each member of our community to bring the people of our city His love, justice, hope, forgiveness, and salvation.

What is your role as the campus pastor?

As campus pastor, I will shepherd the members of Houston’s First who gather at our Downtown location. I will be there to lead them spiritually through the joys and sorrows of life. I seek to train disciple-making disciples who will be used by God to bring about positive transformation in people’s lives and in our Houston urban community.

How has God prepared you to be the Downtown Campus pastor?

By God’s grace, He has given me life experiences that help me connect well with the people of the Downtown community. Before ministry, I was in the corporate world for 10 years and actually worked in Downtown Houston. As more and more international people move into the Downtown Houston area, being an immigrant myself certainly helps me connect to the diverse cultures represented.

What excites you the most about the new Downtown Campus?

What excites me most is the potential that our body of believers will have to shine the light of Christ in our rapidly growing Downtown community. From artists to college students, from business and medical professionals to the homeless, God has given us such an amazing opportunity to reach the people of our city for Jesus, to see the people and communities of our city transformed by the power of the Holy Spirit, all to the glory of God!