Life doesn’t always go according to our own carefully drawn blueprint, even when we are walking closely in step with the Lord. A couple at Houston’s First is giving hope to refugees while trusting God through their own illness, disappointment, and a significant change of address. 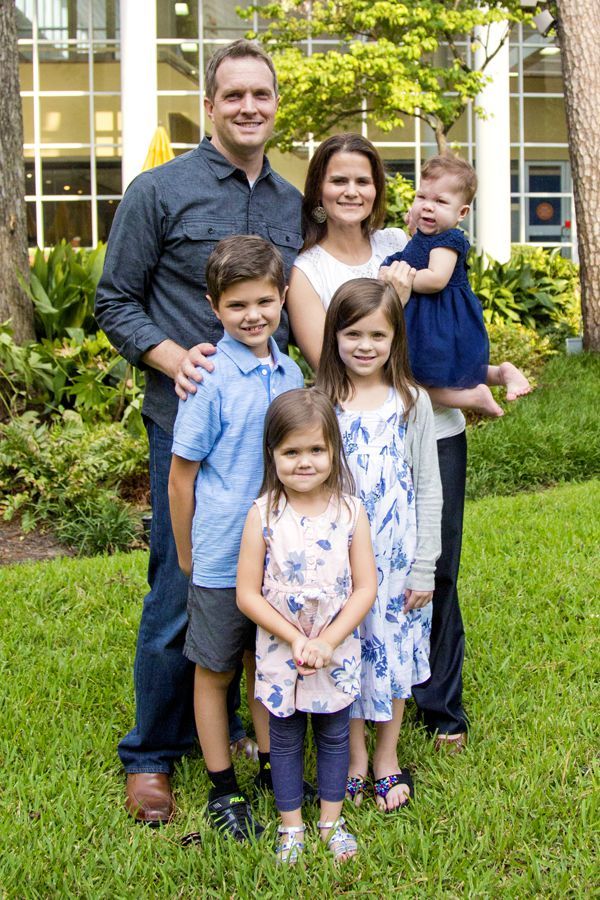 “We had to let go of our timeline,” said Justin Seale, who was an International Mission Board (IMB) missionary in South Asia with his wife Tiffany nearly four years before returning to the United States in 2014. News that the baby Tiffany was carrying had significant medical issues and needed specialized care rocked their world, but even in the trial they believed God had a plan.

Justin joined Houston’s First in 1993 and was chosen as one of the first Missions interns in the late ‘90s. He and Tiffany met in Summit Young Single Adult Ministry at Houston’s First while ministering to refugees at Glendale Park Apartments in southwest Houston. The work there brought them together and fostered a desire to live out the Great Commission on foreign soil, which took them to South Asia in 2011.

“South Asia has the highest concentration of lost people — those who have never heard the name Jesus,” said Justin. He and Tiffany studied Hindi and perfected it watching Bollywood (Hindi cinema) and cartoons. They began introducing the locals to Christ, discipling and training them to make an impact for Jesus among their own people.

Justin tells the story of a Hindu man he worked with who preached the Gospel to a village where there were no believers or a church. As he shared the message, a group of agitators began stirring up the crowd. Soon, a sea of angry Hindus surrounded the preacher. He thought, ‘I’m too fat to run,’ so he just kept preaching. “Most of the village followed Jesus that day,” said Justin. A church trainer went back two weeks later and several of the troublemakers walked into the training room. The men had accepted Christ that day and were there for discipleship training.

Tiffany and Justin saw powerful conversions during their time in South Asia as Christ began saving locals, who, in turn, began sharing the Gospel. “It was like the book of Acts coming alive,” said Justin.

The Seales rented a home in South Asia and had planned to live, train people and plant churches there indefinitely. But God had another plan.

The couple thought they were finished having babies after the births of Jonathan, Anna and Abigail, but in 2014, Tiffany became pregnant again. They planned to go back to Louisiana, where Tiffany’s parents lived, deliver the baby, stay several months and return to South Asia. Seven months along in the pregnancy, however, the obstetrician detected problems with the baby. She was diagnosed with Greig’s Syndrome, a rare disorder that could have a major impact on her physical and cognitive development.

After an emergency C-section, Baby Alissa was whisked to the NICU for a weeklong stay. At six weeks old, she stopped eating and was readmitted. At age three months, Alissa had surgery on her skull, and later a feeding tube was inserted.

The immediate future was clear; the family would not be returning to South Asia. More surgeries followed to help with eating, and at age one-and-a-half, Alissa is showing signs of developmental delays.

“Our situation has been extremely difficult — it’s been the loss of a dream,” said Tiffany, “ — the disappointment of not returning to the work we love; the devastation of having a child with so many special needs; and of having to start over here in America. But never before in my life have I felt the Lord’s nearness, presence and power as I do now.”

After Alissa’s birth, Justin reached out to his old “boss,” William Taylor, missions pastor at Houston’s First, for any career opportunities that would allow the family to be closer to top-tier health care. And as it happened, William was looking for an associate director for Faith Center-Harwin to minister to refugees in Southwest Houston. “Justin had the experience working with refugees, and he speaks Hindi, which many of the nearby residents also speak,” said William. “We already had a relationship with Justin, and he understands the culture of Houston’s First. It seemed an easy transition.”

Justin oversees and manages social services at Faith Center-Harwin, with the goal of making disciples of the refugees, who represent almost 350 people groups living in the area.

“We don’t know the future,” said Justin, “but God is leading our family.” Tiffany agrees. “We may not know what the days ahead will look like for us,” she said, “but I know He does and I know He is in control. That is all I need for today.”