Houston’s downtown revitalization efforts over the past decade have inspired people from here and around the globe to make downtown not only a place to work and play — but also to live. And where people are, there are opportunities for ministry.

The Downtown Campus of Houston’s First took root in 2011 to meet the spiritual and physical needs of the community. In the years since, church members have followed God’s call to make a difference in unique ways, stepping out in many cases beyond their comfort zones to meet the challenges presented by a diverse and bustling city.

Members at the Downtown Campus are making an impact on the city in primarily five ministry areas: College students, the Arts, medical personnel, the homeless, and the business community. Highlighted here are a few of many extraordinary Downtown Campus volunteers, offering just a taste of the godly, effective and excellent ways the church is making a real impact on people’s lives downtown and around the city, and introducing them to the love of Christ. 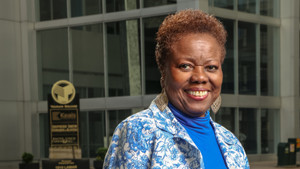 Billie Riley, a brain cancer survivor and self-proclaimed “full-time Christian volunteer,” finished the Aramco Houston Half Marathon this month as part of the Downtown Campus team. In the process, she raised $1,500 for Open Door Mission, one of five ministries in Houston she supports routinely with her time and money.

For the past four years she spent her days (and many evenings) volunteering at Open Door Mission in downtown, where Billie and other volunteers from the Downtown Campus hold a Christmas Eve service and dinner for the residents. “We want the men to feel how special they are in Christ,” she said. “The volunteers serve the men and then sit around the table with them for conversation.”

Each week, Billie volunteers in Celebrate Recovery to help men with addictive behaviors reunite with their families. She offers co-dependency classes for wives or other female relatives of the men staying at Open Door, reinforcing the idea that God specializes in offering second chances. 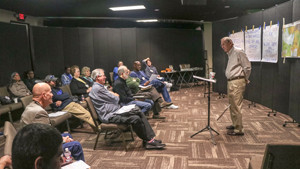 “I live and breathe to see the men turn a corner and be restored to their families or find a job,” said Billie. Also an advocate for adult literacy, she promotes education at Open Door. “I’ve seen men struggle to read,” she said. “We developed a literacy test that measures the men’s ability to read without making them feel ashamed or embarrassed. It helps us know where we need to start.”

A Convalescent Care area has opened for older or ill men who come for a place to stay. Billie prays and opens the Scriptures with them. She also searches for low/no-cost housing for those who can transition to living on their own. “Steve, who’s blind, came here, turned to the Lord and sent his dad a card after having no contact with his family for years. His dad called him from New Jersey and shared that his mother had passed away the previous year,” said Billie. “Steve spent a year and a half at Open Door and we found him his own place. He’s still connected with his dad, even today. God always makes a way.” 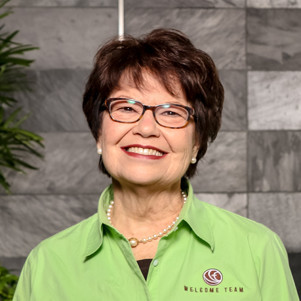 Becky Morris, an active volunteer at the Downtown Campus, has a heart for the nations, and has been an advocate for the American-Chinese Fellowship for a decade. The meetings, all Chinese people, concentrate on visiting scholars, researchers and visitors working in or around the Texas Medical Center.

As international visitors with limited access to their own transportation, they gravitate to others from China for friendship while in Houston, some who are here for more than a year. They seek out ways to learn about American culture and the language. Once the visitors engage at ACF, they get more 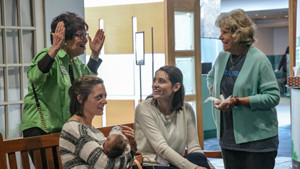 than lessons in language and culture. Some receive Christ as Savior and return to their own countries as His emissaries.

“These incredibly educated visitors to Houston have a heart to learn, so ACF provides a meal and Bible study on Friday nights,” said Becky. “They stay and listen to the study. They see many uneducated Chinese in their country embrace Christ, but wonder what He can do for them. When they hear the truth of the Gospel, it leaves them astounded.” 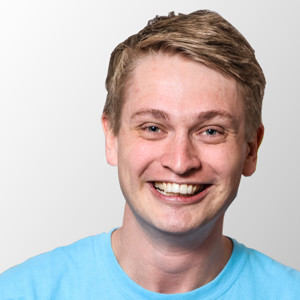 Filip Aarsland was introduced to Houston’s First in 2014 when he attended MetroLive, a summer singles’ worship gathering at The Loop Campus. The convenience and exciting atmosphere of downtown led him to pay a visit to a Life Bible Study (LBS) at the Downtown Campus. “I’ve never felt so welcome at a church!” said Filip. “After my first visit to the class, I never sat by myself in the service, and felt like I had known everyone for years.” MetroLive took a hiatus, but those in his circle of friends didn’t. The group continued hanging out together on Thursday nights, enjoying a meal to keep friendships current, and they are still meeting today.

Filip, now a “Grow Group” leader, is making the effort to create a “home” for singles new to Houston through Thursday Dinner. “We have a sit-down meal around a single, large table on Thursday nights,” said Filip. “It’s meant to be a peaceful place where people experience a taste of God’s love by being taken care of and surrounded by friends.” He routinely sees them join a Life Bible Study once they experience the camaraderie. 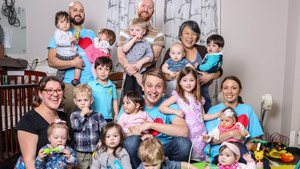 Young single adults come to Houston from all over the United States and the world (Jamaica, Nigeria, China, Indonesia, Norway, Germany, England, to name a few), and many have had no previous involvement in church before finding their way to the Downtown Campus. “Usually, the first place we meet people is at the worship service,” said Filip. “Andy, a young professional who lived right down the street from the church, showed up with no Houston connections and has become a regular at Thursday Dinner. Through it he joined a Life Bible Study.”

For nearly two years, Filip and the Thursday Dinner crowd have developed into quite a large family. “At dinner, people can quickly get to know other “family” members from our LBS,” he said. “We’ve had up to 24 people at one time in my tiny apartment. I hope our Thursday Dinner will reach more people in downtown Houston, in multiple locations, to give people a glimpse of the immense love available to them through Christ.” 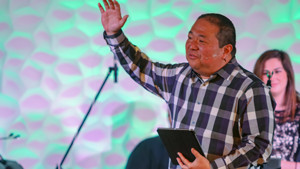 Downtown Campus Pastor Lee Hsia was born in Shanghai and speaks five languages, giving him a uniquely relevant perspective on downtown Houston. His vision for the future of the campus includes celebrating and encouraging its diversity as it carries the Gospel to the nations — just outside the front door. Now, the Downtown Campus is poised for future
growth as the church commits resources to be a relevant biblical community to our neighbors in downtown Houston. 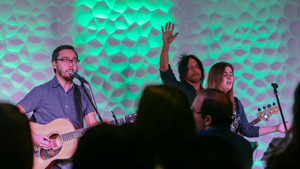 “There’s incredible diversity in downtown,” said Lee. “With the ethnic, socioeconomic, and religious differences, there’s no other reason why all these people would gather in community other than the common bond they share, and they seek, in Christ.”