One year ago, Houston’s First member Anna Klein, 24, met face-to-face the great love of her life — her Savior, Jesus Christ. Anna’s life and her passing are marked by the difference she made, in the many ways her life became intertwined with others to bring healing, hope and faith in Christ.

Anna Klein’s life was characterized by joy, service to others and unwavering faith in the sufficiency of Christ. This faith fueled a love for stories of beauty emerging from brokenness.

“My disappointments are God’s divine appointments — this was a deeply held truth that Anna lived by,” said her mother, Mary Klein. “She always lived expectantly through adversity, saying, ‘I can’t wait to see what God is going to do through this.’”

Learning to serve by watching her parents, Steve and Mary, Anna became a lifelong volunteer. She shared the Gospel in South America and Mexico and traveled on mission to Latvia to welcome her adoptive sisters, Catherine and Kaylynn, to the family. She served at the Faith Center in Spring Branch and in CornerBooks at Houston’s First. Her love for horses and helping people brought SIRE into her life, offering therapeutic horsemanship lessons for children and adults with special needs and disabilities. 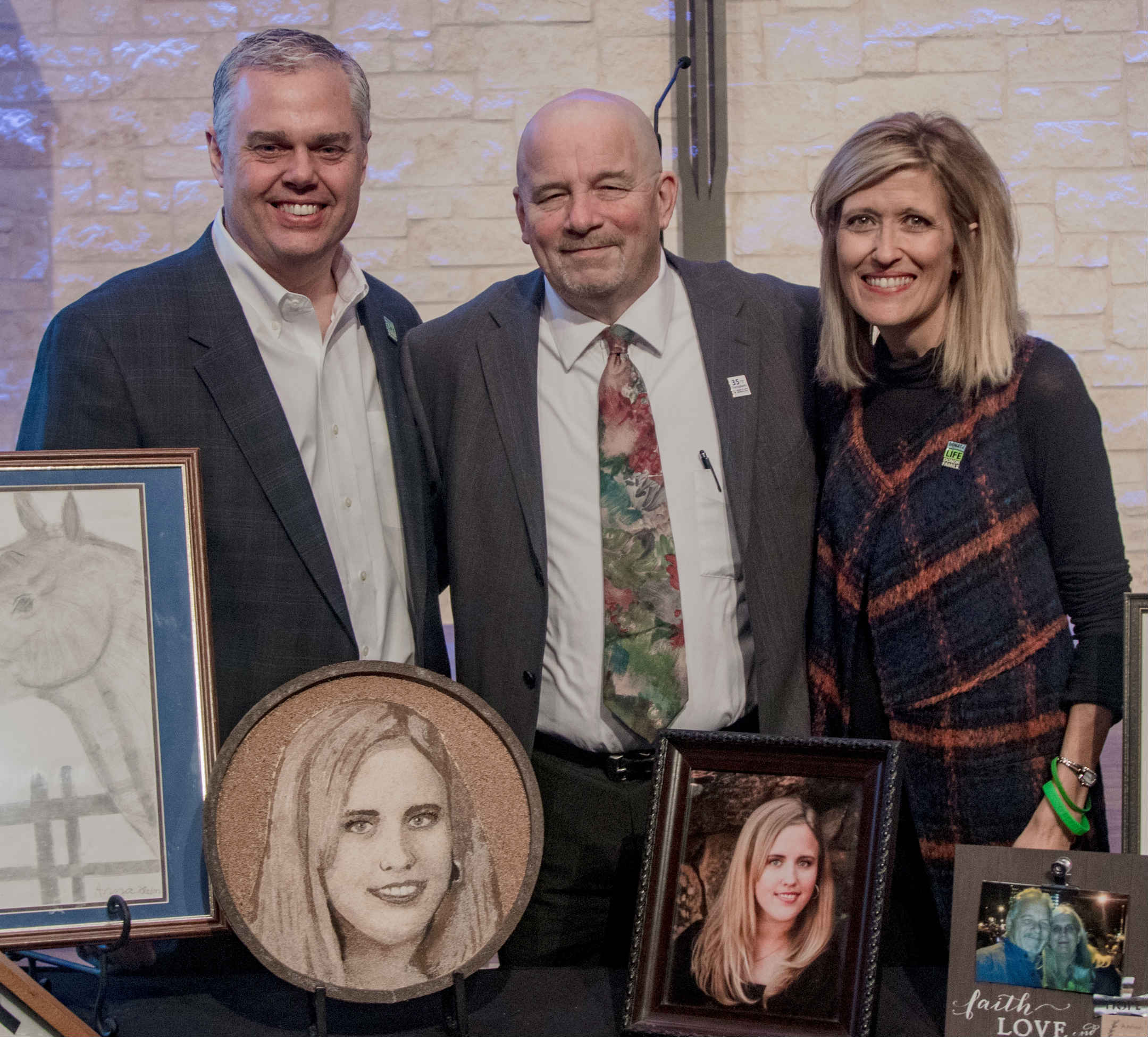 Steve & Mary Klein with Adrian Steffes, recipient of Anna's donated liverThough an experienced horsewoman and a wrangler at a local equestrian center, an abrupt stop during a ride caused her to fall from the horse. She incurred head injuries that day from which she never recovered. Even in tremendous grief, the Kleins’ greatest wish was to communicate Anna’s faith and love for Christ.

In the Emergency Room in the bed next to Anna’s, a 20-year-old man wearing an orange jumpsuit and guarded by a Harris County Sheriff saw the family gathered around the bed. He and Mary made eye contact. “Young man, whatever you have done, Jesus loves you,” she said.

The prisoner said, “I should be in her place.” An hour later, he prayed to receive Christ with a Houston’s First minister who had come to see Anna and her family. Her dad says it is one of many ways God has worked good through their daughter’s death.

Her passing also offered a second chance to people whose lives depended on the gifts she had to offer. Steve and Mary donated six of Anna’s organs to people waiting for lifesaving transplants.

In February this year, the Kleins were invited to celebrate their differencemaker's life at the 2018 Tournament of Roses Parade in Pasadena, California. The parade theme is “Making a Difference.” A floragraph of Anna, a picture made of flowers and other natural materials, will be one of 44 organ donors’ likenesses created for the Donate Life Rose Parade Float. Select organ recipients will ride or walk next to the float down the parade route on January 1.

Will Schroeter, funeral director for Earthman Hunters Creek Funeral Home, nominated Anna and her family for the event. Though her death had been very recent when they issued the invitation, Will felt comfortable approaching the Kleins to share Anna’s life on a more public platform. 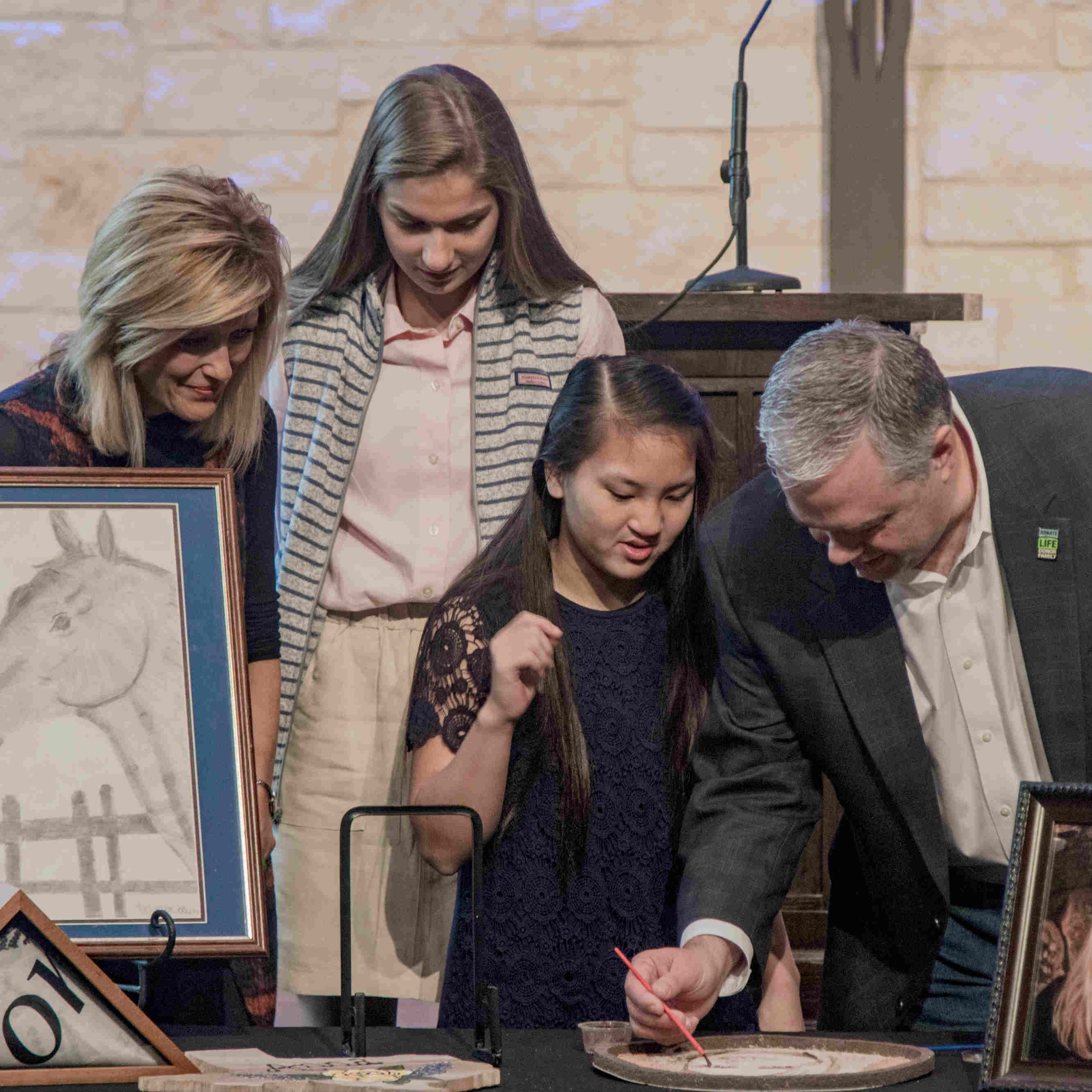 The Klein family puts finishing touches on Anna's floragraph“Steve and Mary’s strong faith was evident during the planning of Anna’s funeral,” he said. “Though they were on a bumpy road, we thought it would help them and the recipients. This is the first time in 10 years I’ve been at Earthman Hunters Creek that we have invited a family to be part of this celebration of donors.”

The Klein family, Steve, Mary, David, 27, Catherine, 15, and Kaylynn, 12, invited family and friends to The Loop Campus of Houston’s First to complete the floragraph of Anna on Thursday, November 9, to raise awareness for organ donation. Adrian Steffes, the recipient of Anna’s liver, spoke at the event.

Mary and Steve found that most of Anna’s organ recipients are believers in Christ. “The letters we have received from the recipients have been such a blessing,” said Mary. “Their gratitude is amazing, and as we passed the one-year anniversary of Anna’s death we understand that through Anna, God intended to extend the lives of these believers who will carry forward the message of Christ.”

To learn about becoming an organ donor, visit DonateLifeTexas.org.

The Houston Chronicle covered the floragraph ceremony in a story published on Fri, Nov 10: Cypress woman to be honored on float in Rose Parade 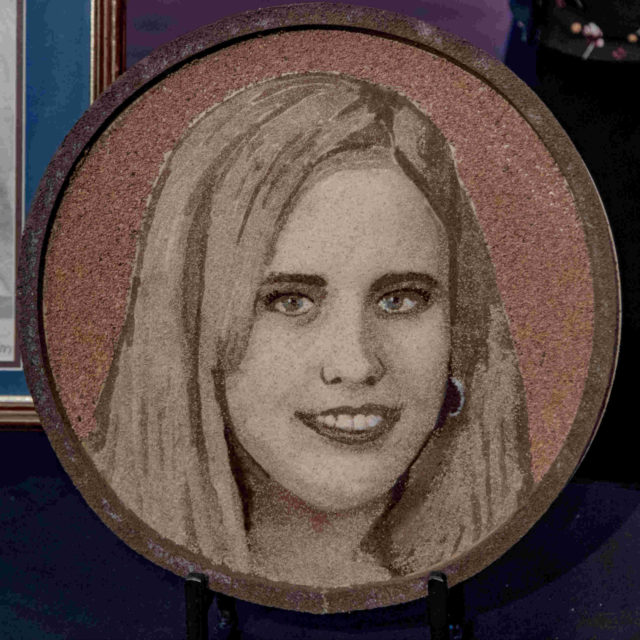 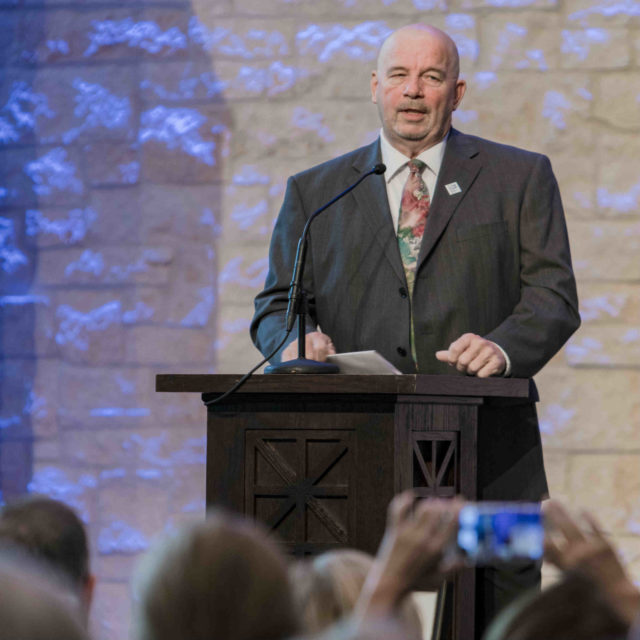 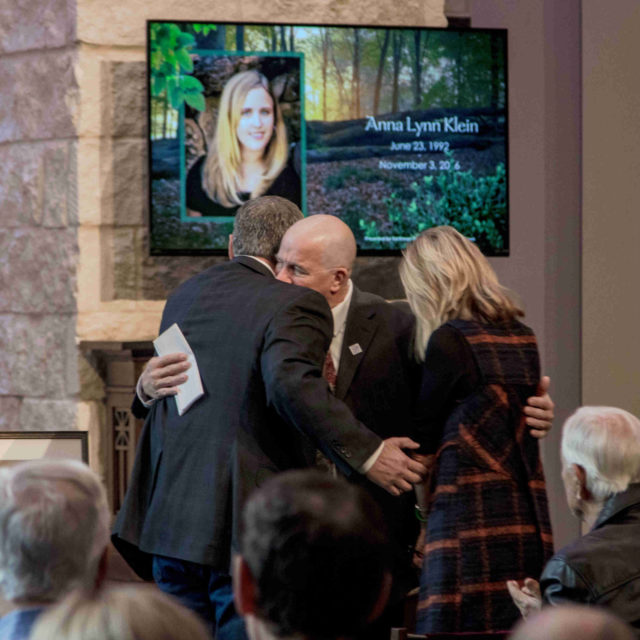 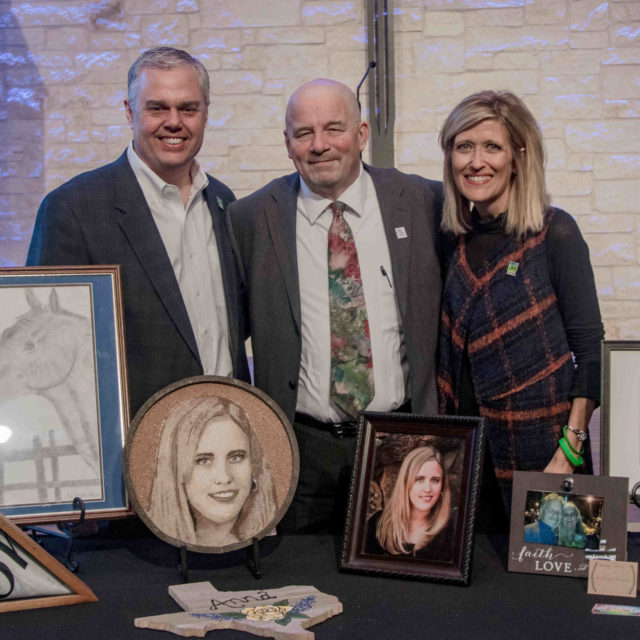 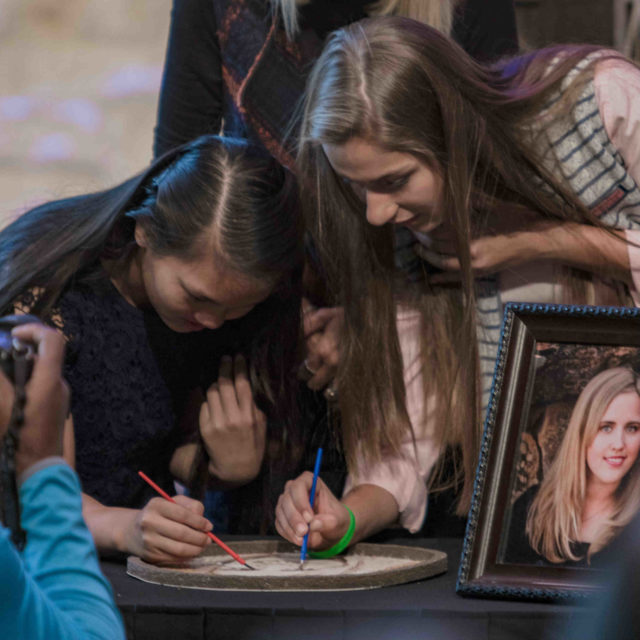 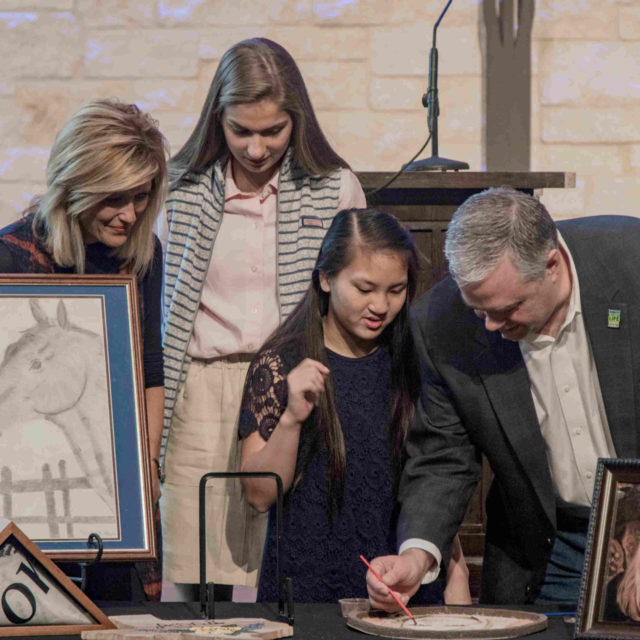 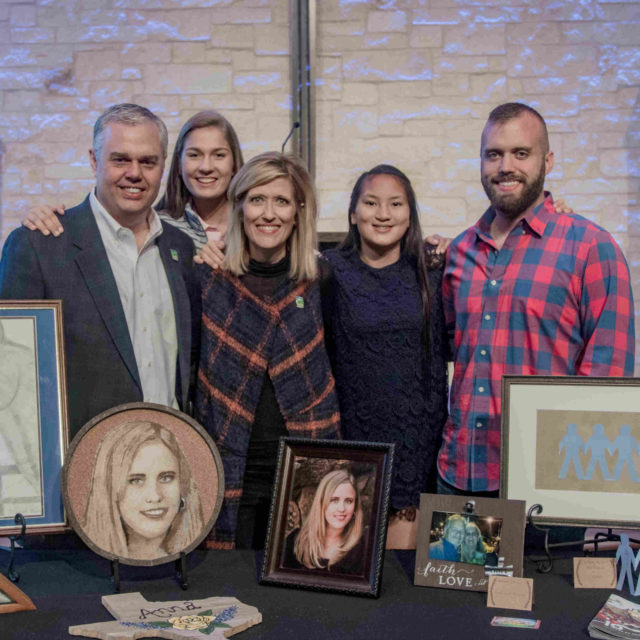 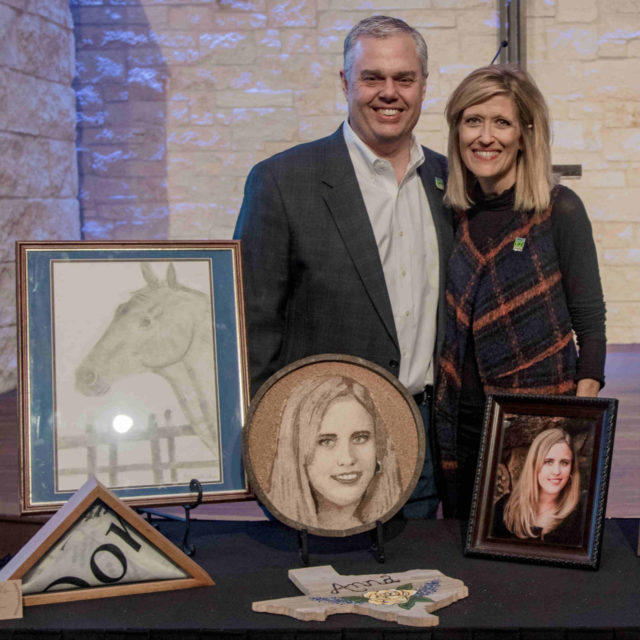