The Cypress Campus of Houston's First has officially adopted their next door neighbors — Wells Elementary and Bridgeland High School — through the Adopt-a-School program in the Cypress-Fairbanks ISD. 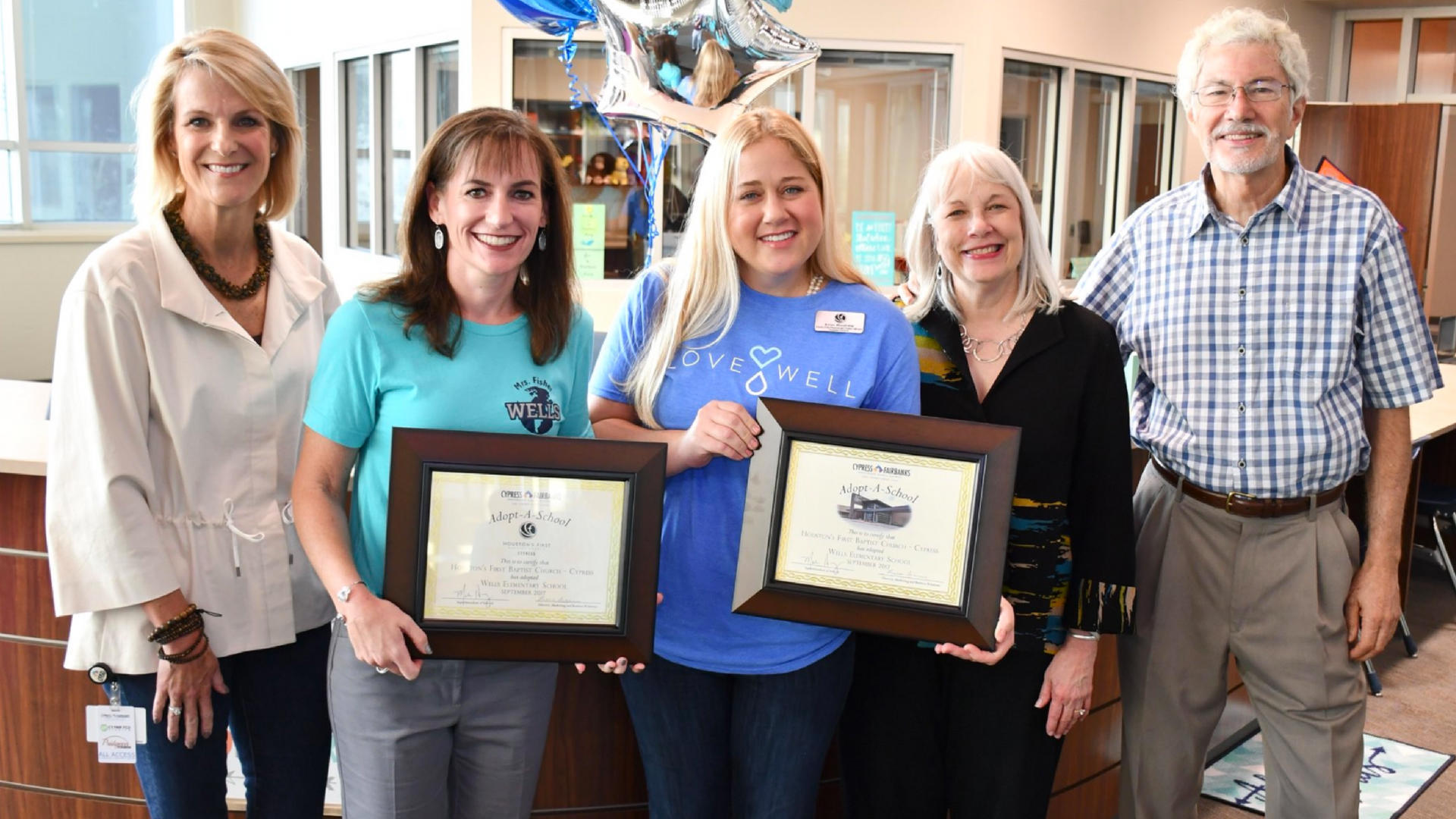 The Cypress Campus opened its new facility in June 2017 on Mason Road near Bridgeland Creek Parkway just off of the Grand Parkway (SH 99). The two new schools, located just south of the church, opened in mid-September 2017 following a two week delay caused by Hurricane Harvey. 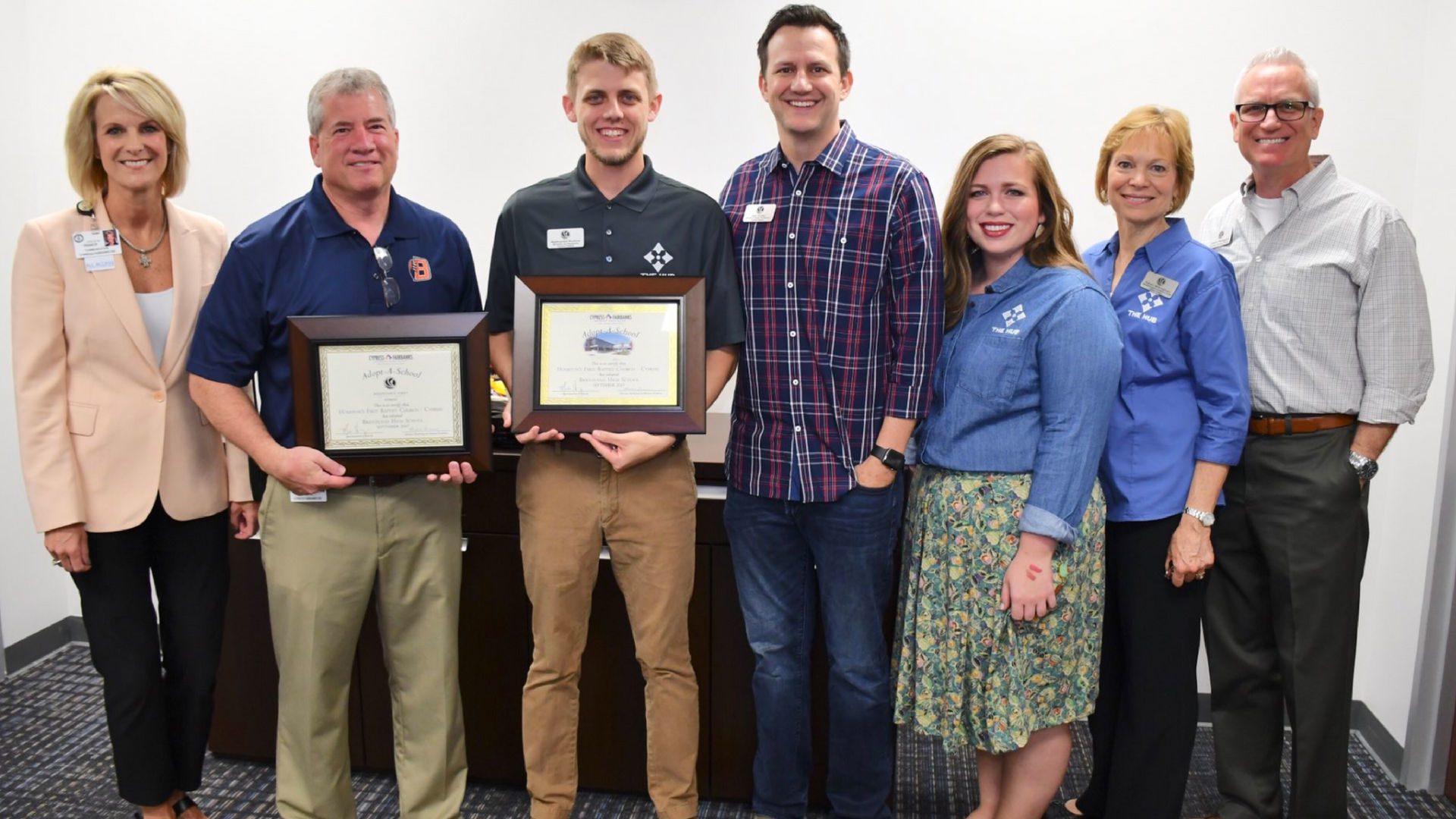 With 115,525 students over 91 campuses, CFISD is the third largest school district in Texas. According to the district's website, the Adopt-a-School program is "a unique opportunity for schools to work together with community organizations and business partners to utilize the resources of the community to strengthen and enrich the quality of education for students."

Not long after the 2017-18 school year got underway, staff members from the Cypress Campus visited both schools to finalize the adoption with school administrators and teachers along with CFISD representatives. The school district produced the video below with scenes from both of these special occasions.