When the ranks are being thinned through layoffs at the workplace, what sort of family increases their tithe to the church? A Cypress Campus family shares their story. 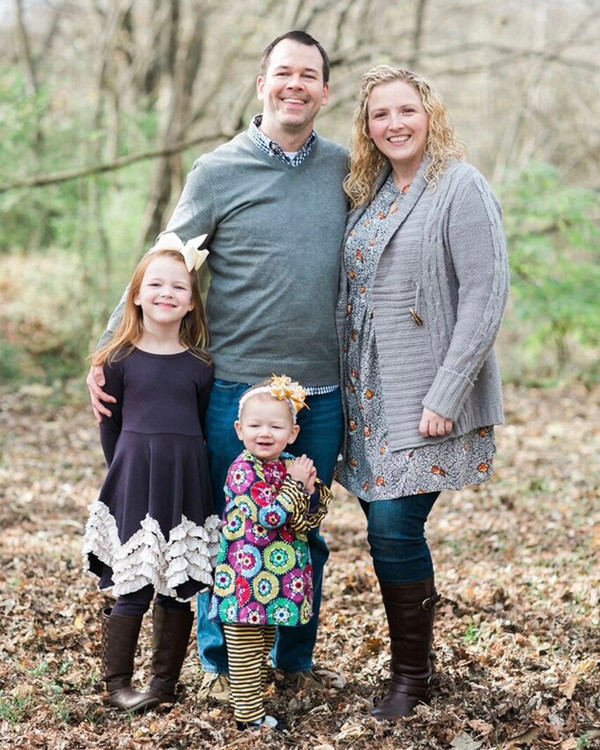 Gary Smith has worked in the oil and gas industry nearly all his married life. For 12 years, he and his wife Candy, a teacher, have ridden the oil price rollercoaster, which determined longevity of employment and pay raises. In spite of the economic downturn, the couple has only to look back to see God’s steady hand of faithfulness during times of increase and free fall.

“Layoffs at my company began about the time we were expecting our older daughter, Hannah,” said Gary. “I had already begun praying and looking for job opportunities when in 2012 they announced the closing of our Houston office. That very same day I got a voicemail from another oil and gas company about a job.”

MISSION 1:8, a two-year generosity initiative at Houston’s First, kicked off the next year. It encouraged members to prayerfully consider giving at a higher rung on the “Generosity Ladder” to increase the church’s ability to support missional endeavors in our city, our nation and our world. The Smiths participated, and as MISSION 1:8 began winding down, rumors of layoffs began — three years into Gary’s current job. The Smiths decided to increase their tithe anyway.

“Even if I lost my job, God would open up something else,” said Gary. “We had proof in our past that He had provided for us. We knew He would open a door.”

When 700 were laid off from the company in 2015, the Lord showed the Smiths that He, not the economy, was in control of their family’s future. Not only did Gary keep his job, he received a promotion and the largest pay raise of anyone ever holding that position.

“It is incredible to look back and see how God walked us through times of uncertainty,” said Gary. “I looked back in my prayer journal where I had written, ‘I know you’ll provide for our family’ — and He did.”