He met few requirements on her “ideal man” checklist, yet God intervened and composed an unexpected and powerful love story of redemption, renewal and hope for the future of a Houston’s First couple.

Several years ago, Torrance and Alisa Wilson’s lifestyles would have been an interesting case study in contrasts: she, a Jesus-seeking, prayer-and-fasting kind of woman with a ministry résumé that includes teaching etiquette to apartment-dwelling girls, and he, a drug dealer who was in prison — three times. The relationship is a real head scratcher for most people who don’t understand God’s ability to transform lives. But with God, all things are possible.

“Torrance was a hot mess,” said Alisha, “When I met him he had gold teeth, tattoos and was dealing drugs.” The two met in 2008 at Dave & Buster’s while Alisha was celebrating her daughter Dominique’s eighteenth birthday. They all hit it off and spent the evening playing arcade games.

“He was a nice person — a genuinely nice person,” said Alisha. “We went on one date, but I didn’t like him romantically. He was a single dad and needed guidance to get his daughter on the right road.”

Torrance called Alisha to ask for prayer and a friendship began developing. Alisha gave Torrance his first-ever gospel CD and he began calling her “Queen,” in response, he says, to the way she expected to be treated. Being friends with Alisha not only taught Torrance how to be a gentleman, but also opened his heart to receive truth from the Lord. “She never judged me,” he said, “instead, she spoke blessings over my life. She told me, ‘The best is yet to come.’”

The two lost touch for a time over the past eight years. Torrance went back to prison for three years for carrying a weapon, a felony for someone who had been incarcerated for drug dealing. What Torrance thought was the worst thing that could happen ultimately turned out for his good.

During the year in the Harris County jail before his transfer to prison, Torrance’s godly grandmother died. “I had never lost a family member, and my grandmother and I were close,” he said. “But the judge denied my request to go to her funeral. I decided then and there, I’m either gonna believe God, or I’m not. I surrendered my life to Him.” 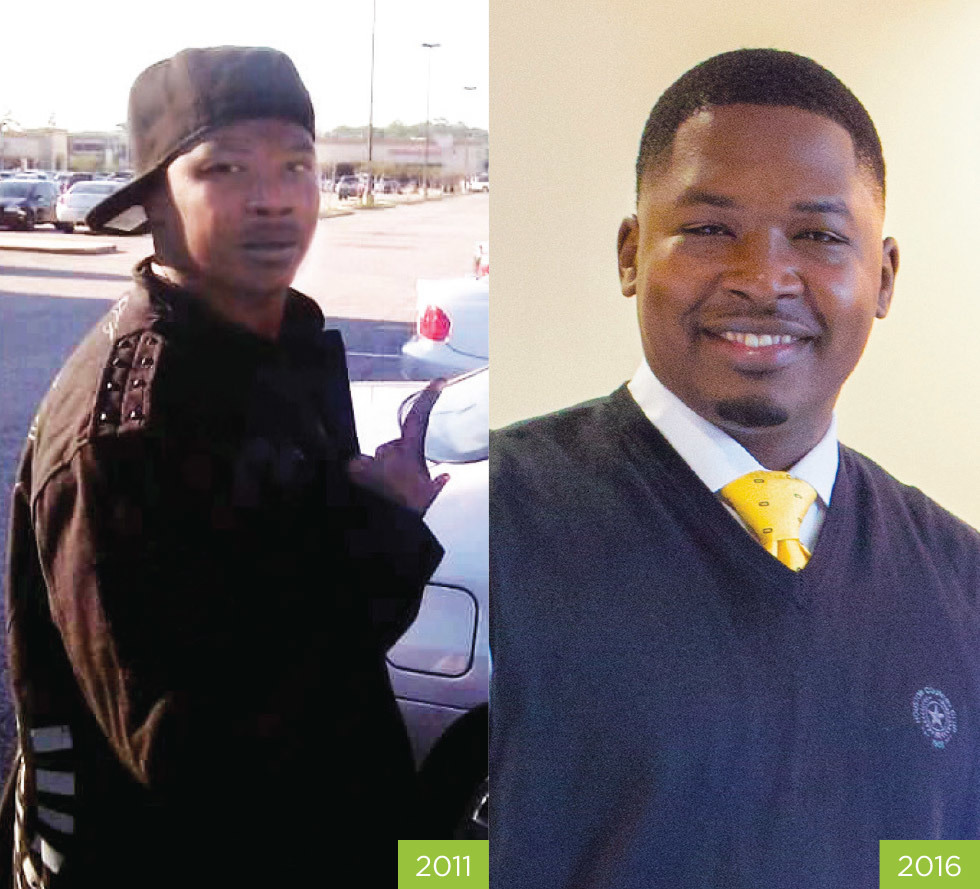 Torrance saw God move — even in prison. “I believe God hand-selected the prison I went to,” he said. Carol Vance, the 300-man unit in Fort Bend County, offered evening classes on a variety of topics including leadership, parenting and the Bible. “It was like I was in a 24-month discipleship program,” said Torrance. “I began thinking, why was I living that lifestyle when God has so much for me? God’s love got to me.”

During his incarceration, Torrance met Dave Trickett, a Houston’s First member and founder of C.H.A.R.M. Prison Ministry. “I felt God telling me to change my parole plan to go to C.H.A.R.M. (transitional housing) after I got out,” he said. “I wrote Dave three letters, but he didn’t answer. It was a gamble to change my parole plan — I ran the risk of having to stay longer — but I put it in God’s hands.”

In the meantime, Alisha ran across activity on Torrance’s Facebook page. “I saw that he was writing about Jesus,” she said, “and I saw photos of him engaging as a father with his children and posting Scripture. His life had changed.” She began fasting and praying, and eventually reconnected with him online.

Torrance would not only give a speech at the Vance Unit commencement ceremony, but he learned that he had been accepted into a C.H.A.R.M. transitional home. That meant a continuation of discipleship after leaving the Unit. He invited Alisha to the commencement. “He brought roses, a card, and he opened the door for me at the ceremony,” said Alisha. “The gold teeth were gone, and I could see the glory of God all over him.”

Torrance hoped to reconnect with Alisha, but when she resisted dating him, he decided to give her space and let God handle the situation. “He went away — didn’t call me,” she said. “I didn’t want to date him; I had my list! But as I prayed, God showed me that I had been praying for him and had spoken greatness over him, but I wasn’t seeing it.” 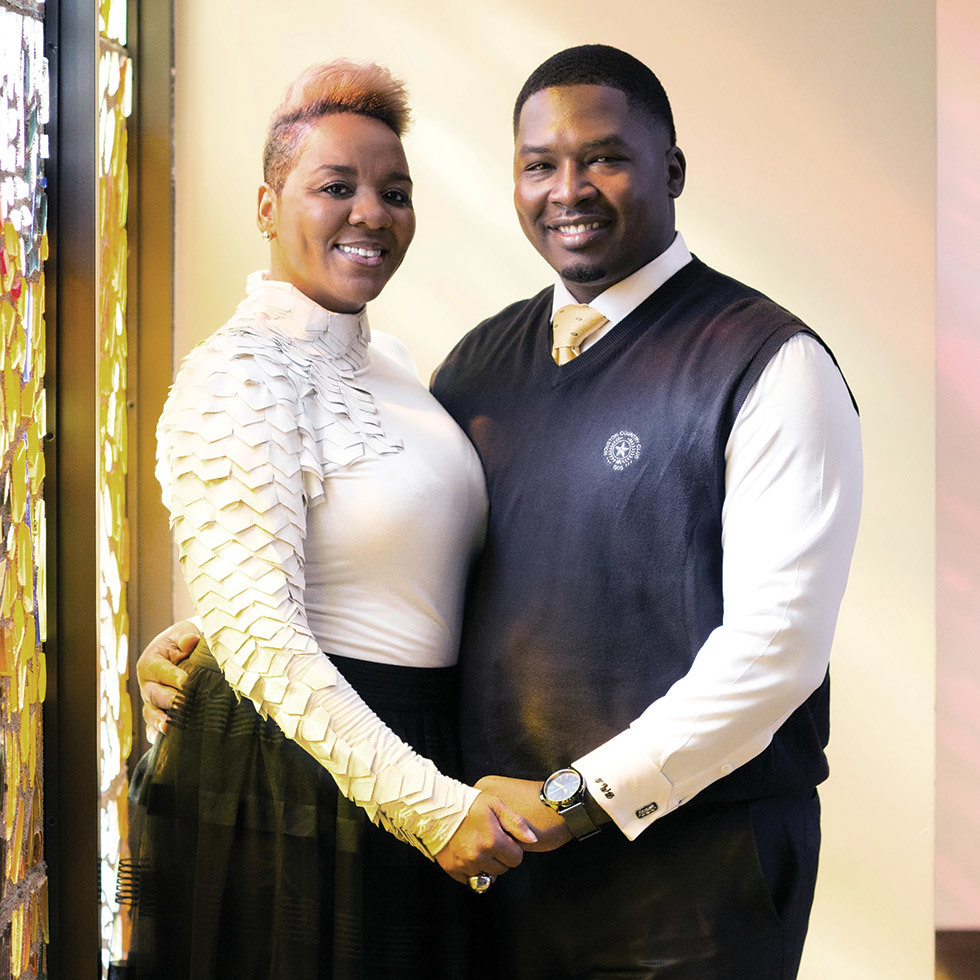 Alisha asked God for a fleece (a reference to Gideon in Judges 6:36–40). “If he tells me that he’s going to love me as Christ loves the church, I’ll agree to date him.” And the next time they prayed together, that’s the first thing he said.

The two married on Thanksgiving Day 2015 in a ceremony that included a foot washing. “In a way, it symbolized washing away his past, his hurts and insecurity,” said Alisha. “It showed our willingness to serve and love each other in humility.”

The transformation has given birth to ministry, and it began at home. Though newlyweds, they invited Torrance’s mother, Joy, a drug addict, out of the old neighborhood to live with them. Alisha began mentoring her and took her to an out-of-town Bible conference, where she accepted Christ as her Savior. “She is like a sponge for the things of God and has a heart to serve,” said Alisha. “God gave Torrance new life, and now together we have the mission of loving others back to life. We’ve seen Him do the impossible.”