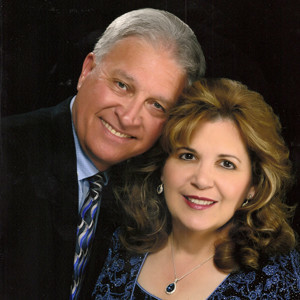 Oscar and Eliana Dominguez were only five years old when their families made their way to the United States from Cuba. Oscar’s family flew to Miami by plane in 1956, BC — Before Castro. Eliana and a majority of her family fled the city of Matanzas on Cuba’s northern coast in 1963 after Castro’s regime took power. They left behind farms, cattle, land and businesses for freedom. Her family began their 230-mile nautical journey to Miami at dawn, hidden in the bulrushes off Cuba’s coast, laying low to avoid patrolling PT boats that would cut off their escape.

The couple met at a party in Florida in 1976. Oscar was vacationing there, but was living in Louisiana, where he attended a Spanish congregation. Eliana had grown up Catholic and accepted Christ just before the couple married in 1979. She decided to ditch the plan to wed in a Catholic church, and instead, they said their vows in a Spanish-speaking Baptist congregation in Hialeah, Florida.

Oscar and Eliana joined Houston’s First in 1983 and here they raised their children, David and Christina, to love Jesus. Both children were on the nursery roll, professed faith in Christ, baptized and were married at Houston’s First. Oscar is a deacon and the couple has been active in leadership throughout their 34 years at Houston’s First.

When the vision for the Español Campus began taking shape, the Dominguezes were ecstatic. “When I met Pastor Juan Alaniz in 2014, I told him that after more than 32 years as members, we had finally met two people from Cuba at Houston’s First, and they had been members here more than 20 years!” said Oscar. “Being part of a Spanish campus is like when you go to a foreign country and meet a fellow believer. Culturally, we feel that same way — there’s a connection.”

Making people feel welcome was the foundation for the Dominguezes’ ministry as leaders of the Connection Team. Oscar and Eliana welcome visitors and informationseekers at the Español Campus to get to know them and help them find what they are looking for.

“There are 17 different nations represented here,” said Oscar. “We all speak Spanish, so there’s an instant connection. God is so good, and we’re thankful for Pastor Gregg’s vision and Pastor Juan’s leadership to start a Spanish campus at Houston’s First. We wait expectantly to see what God has planned for Spanish speakers at the other campuses.”

Houston's First family members who attend The Loop Campus are encouraged to pray about GOING to another campus to better engage in what God is doing in their community — just like the Dominguezes. As you pray about such a move, you're invited to the "Make It Your CAMPUS" Lunch on Sun, Apr 2, at The Loop where you can meet campus pastors and discover how you can be a part of what God is doing at our Cypress, Downtown, Español or Sienna Campuses. RSVP for the lunch here.