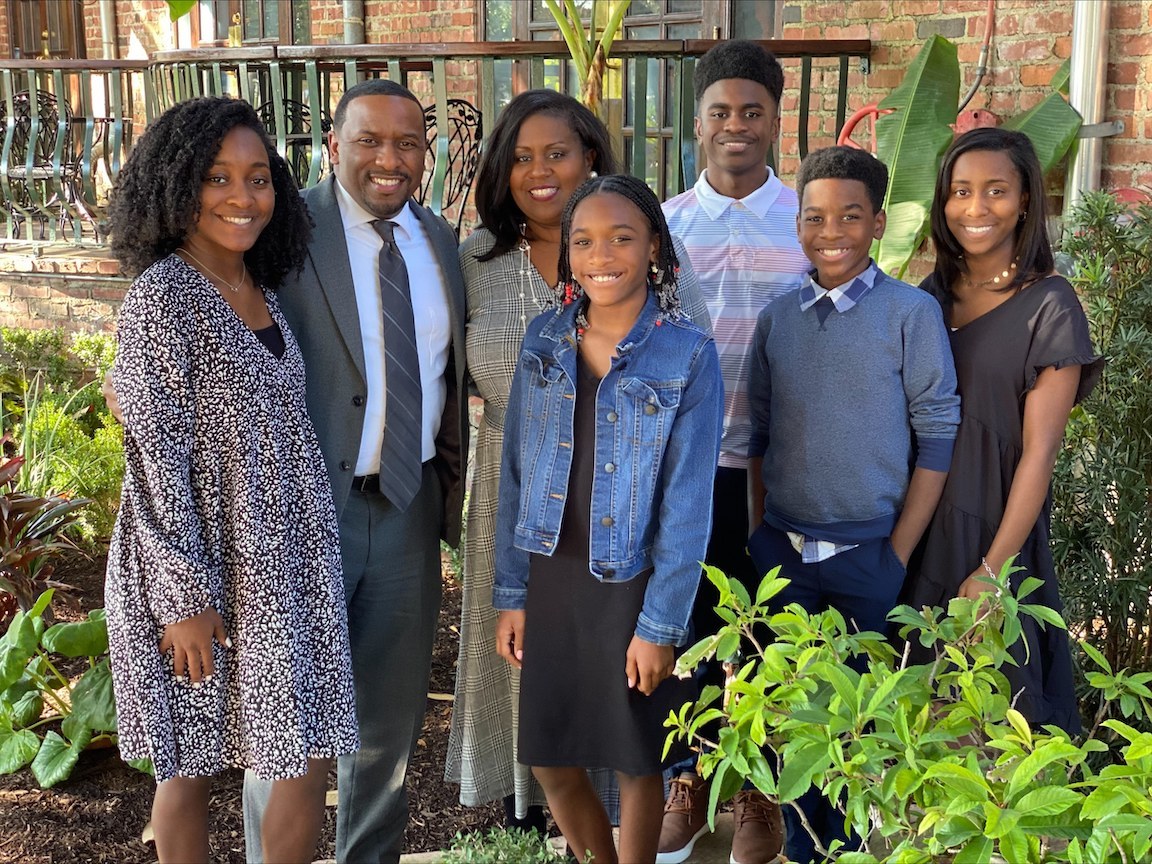 The Brooks Family: Loryn, Leon III, LaShawn, Lizzie, Leon IV, Langston, and LaNeahOn Sun, Dec 12, Pastor Gregg Matte shared with the Houston’s First family that after months of seeking the Lord in prayer, processing with our Downtown Campus Pastor search advisory team, and engaging potential candidates, the search for a new Downtown Campus was over. Pastor Leon Brooks III and his family joined Pastor Gregg on stage at The Loop Campus with the announcement that Pastor Leon would be our new Downtown Campus Pastor.

Pastor Leon has served faithfully as the Minister of Campus Development at our Downtown Campus since 2019. He earned his Master of Arts in Christian Education from Dallas Theological Seminary in May of 2013 and has tremendous ministry experience that he will bring into his new role as Campus Pastor.

"Pastor Leon, his wife, LaShawn, and their five children — LaNeah, Loryn, Leon IV, Langston, and Lizzie — serve diligently each week through the ministry of Houston's First - Downtown," says Executive Pastor Stephen Trammell. "They emulate the servitude of Jesus and showcase His grace to all. Pastor Leon has a shepherd's heart, a passion for evangelism, and a unique gift in preaching God's Word."

Before Pastor Leon, our first Downtown Campus Pastor was Lee Hsia. He lead our church family there from 2011 when the campus opened until early 2021 when he was called to serve as the Chief Training Officer of Evangelism Explosion International.

“I'm thrilled that my good friend Leon Brooks will be my successor as Downtown Campus Pastor," shares Lee. "Leon brings his passion for God, love for all people, sound biblical theology, evangelistic fervor, and depth of experience in ministry to this catalytic leadership role. I look forward to seeing how God will mightily use Leon to grow the Downtown Campus and advance God's Kingdom in central Houston.”

About Our Downtown Campus 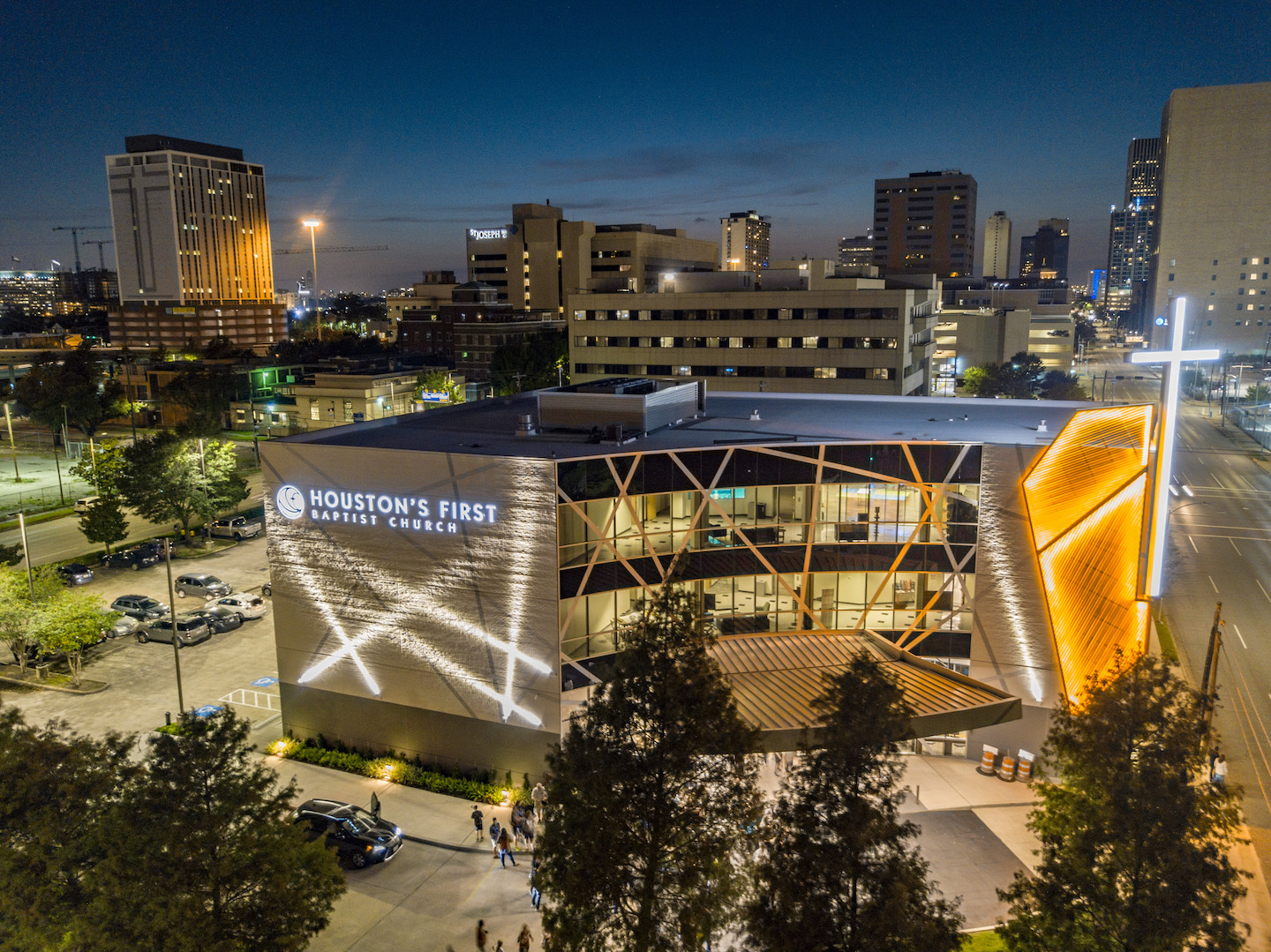 Our Downtown Campus | 1730 JeffersonCelebrating our 10th anniversary in 2021, the Downtown Campus was our first multisite campus and its launch in 2011 marked our return to the heart of Houston. For 136 years — from 1841 to 1977 — Houston’s First gathered downtown in a series of different buildings. Just as the church moved west in the ‘70s to The Loop Campus to follow the growth of the city, we returned to Downtown in 2011 in response to the resurgence of the area.

The Downtown Campus initially gathered on the tunnel level of 1010 Lamar — the high-rise office tower on the corner where our previous building stood for decades. In 2017, the generosity of over 2,770 Houston’s First donors provided $11.3 million so we could purchase and renovate an entire city block and building at 1730 Jefferson. The new space was unveiled in May 2018 and has become a distinct addition to Downtown not only in terms of the architecture, but in how this diverse campus ministers to the community around them — providing a light in the heart of Houston.

One way our Downtown church family makes an impact beyond their facility is by partnering with local nonprofits. The campus has formed strong relationships with Houston Welcomes Refugees, Open Door Mission, and Freedom Church Alliance. Each organization has a unique focus and calling, and our members support them through volunteering, special events, funding, and other ways.

The Downtown Campus gathers for Life Bible Studies and worship services each Sunday at 9:30a and 11a at 1730 Jefferson.