A Teen's Journey to Joy

How does a self-proclaimed depressed and bitter teenager find self-acceptance, healing — even joy — that would inspire him to share the love of Christ on a mission trip? A Sienna Campus student explains his journey to healing...

“I was in a pit — in a lot of pain,” said Seth Moody, a high school senior whose physical and emotional burdens put a barrier between him and most people, even those closest to him. “I’d been believing it was impossible to have joy on this earth.”

Seth’s family moved from Mobile, Alabama, to Singapore for three years and back again before relocating to Houston in 2012. Seth’s dad, Michael, received a recommendation that Sienna Plantation was a desirable place to put down roots, and so they did. Seth was 13 when the family began attending Grace Church, the forerunner of the Sienna Campus of Houston’s First.

Dana, Seth’s mother, began seeing indications of emotional dysfunction in Seth while living overseas. Withdrawn, fearful and consumed with anxiety, Seth received clinical diagnoses that included Tourette syndrome, obsessive-compulsive disorder and anxiety. Other family members were also exhibiting signs of distress. After returning to the States, a broken relationship between Seth and his next-in-line brother, Jonathan, was the last straw in a family dynamic that seemed to be spiraling out of control.

Dana stepped out in faith to find an intensive, months-long prayer ministry-counseling course in the Houston area. Through it, God did a healing work in her own heart, so she pressed Seth and Jonathan to sign up.

“Pain was buried deep inside me,” said Seth, “and as God was clearing out the anger and emptiness, He was showing me how to fill it by understanding and loving people. I needed to learn to forgive.” 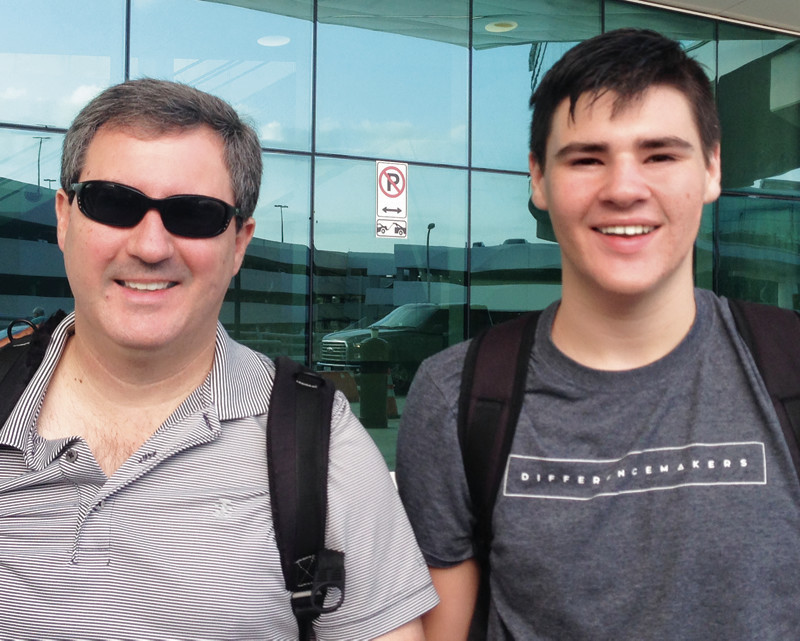 In 2015, Seth received an invitation to go to New York City to attend Rushmore, a spring mission trip for 10th–12th grade students from every campus of Houston’s First. “I was cynical about mission trips,” said Seth. “You really can’t have a heart-to-heart with anyone, I thought, so I believed the trips were pretty meaningless.” Sienna Campus Student Minister Jordan Floro continued pouring love and acceptance into Seth’s life, and he agreed to attend Rushmore this year. All that God and church members had been pouring into Seth’s heart manifested in love and concern for others.

“Seth had a different level of maturity than I had seen the previous year,” said Jordan. “He had a seriousness about the trip — he even power washed the driveways of just about everyone at Sienna to earn money for the trip. Once he was at Rushmore, he jumped in to serve — and to lead. He wasn’t seeking attention; his focus was on others.”

Rushmore proved to be a spiritual turning point for Seth as forgiveness and a love for people were taking root in his heart. “I realized that we don’t necessarily have to have a heart-to-heart with someone to minister to them; we can just open the door,” said Seth. “Handing out coffee and donuts or casually striking up a conversation is opening doors.”

An interaction with a man on the subway stirred confidence and fanned a flame in Seth’s heart. It was a confirmation that he could do the same kind of ministry at home. “There was no ‘Jesus’ talk with him,” said Seth. “But God spoke to my heart afterward and He said I had shown His love to the man. It made me want to love people more.”

Seth and his dad took a mission trip to Ohio together the following summer with others from the Sienna Campus. “I got to see my dad’s heart on this trip,” said Seth. “We were already close, but the bond got deeper.”

Dana marvels at all that has happened over the past year. “Seth has been going hard after God, and his body responded,” she said. “The neurologist took him off all of his medication in June.”

“I’ve had a journey of healing,” said Seth, who says the greatest thing about the Rushmore and Ohio mission trips was finding God’s joy. “The joy that God gives doesn’t depend on circumstances — like if I’m feeling depressed or under pressure. He will never leave us, and knowing that has opened my heart.”