Join us live on Sundays at 9:15a, 11a & 5p and for special online events on Facebook or YouTube

One Houston’s First Cypress Campus member had little use for God until he got a glimpse of his own mortality. His heart began opening to the love of God after discovering He had a purpose for his life. 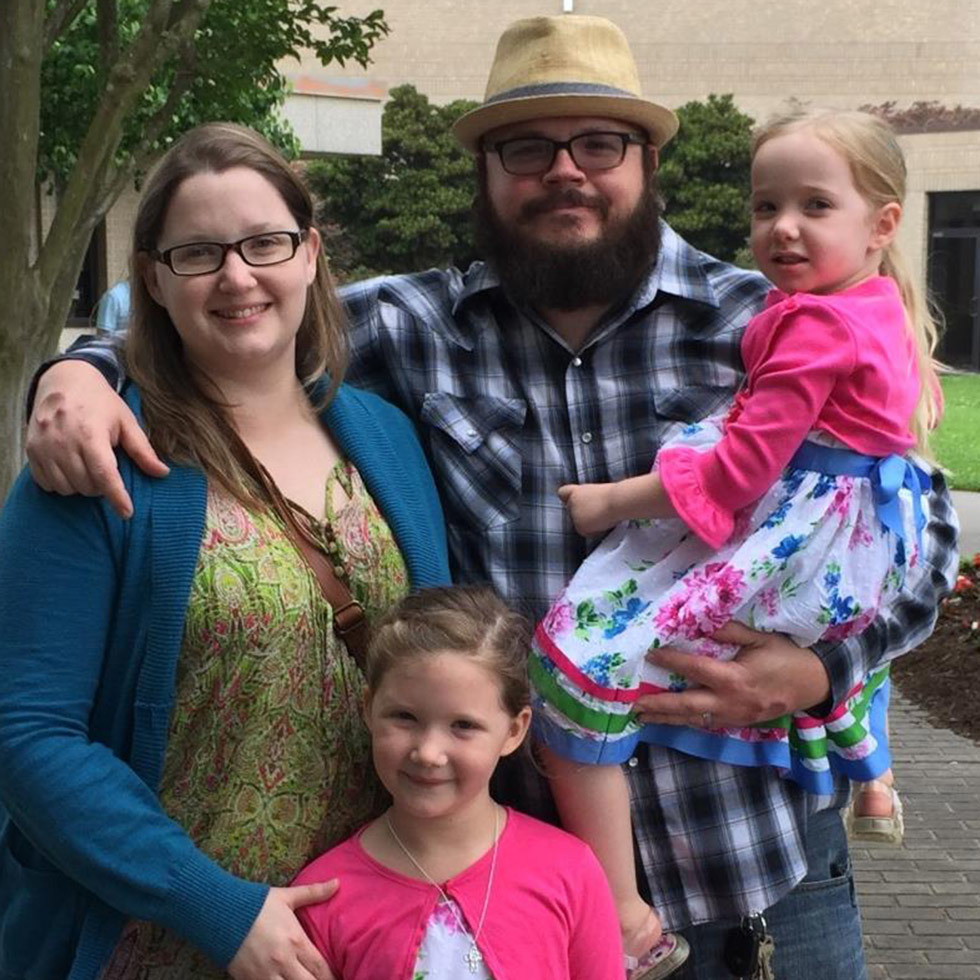 Houston’s First member Jason Odenthal was raised as a Catholic with a God-fearing mother who made sure the family attended church. But at age seven, Jason’s heroin addicted dad left the family. The boy adopted a rebellious, self-sufficient attitude that set the tone for his life nearly two decades.

“I worshiped myself and felt I didn’t need God for anything,” said Jason. “I was living my own life, making my own money and didn’t feel like rules applied to me.” But God gave him a reprieve in his 20s that drove home the point that maybe all things were not under his control.

Working as a “repo guy,” Jason had planned to ride along with his employer to do a job until his daughter spiked a fever two hours before the trip. He backed out of the job and heard four hours later that the vehicle he would have been riding in was involved in a terrible accident. The guy who took his place was killed — sitting in the seat where he would have been.

That got Jason’s attention. Soon after, his sister invited him to attend a “40 Days of Purpose” class at her church to study Purpose Driven Life by Rick Warren. He began attending the church, and there he met Katie. The two were friends for eight years before dating seriously, and within six months they were married. Not only did Jason find his soul mate there, but he also found Christ. “I recognized what a hard heart I had for 23 years of my life,” he said. “It was no way to live.”

Jason’s sister and her husband had begun attending the Cypress Campus of Houston’s First and invited Jason and Katie to visit. They loved the church and the entire family decided to get baptized together on the same day. “We were baptized in November last year as a family,” said Jason. “I feel more loved than ever in my life. I can’t imagine living without God. Now I feel alive.”